There is a modern food vending device called an Automat

which is now available for purchase, which strongly resembles the original one, much beloved by several generations of New Yorkers. The difference is that the current version is capable of keeping food at a given temperature for a given time, and can accept credit cards. The same little windows, behind which, you can clearly see, are delicious eatables, waiting to be grasped as soon as a credit card gets slid through its narrow slot. This portent of the future of food delivery has been popular in parts of Europe for years but is still virtually unknown here.

When the first Automat opened in 1902, a cup of the best coffee anybody had ever had, was 5 cents. In 1950, the price of what was still the best cup of coffee you could buy was raised to a dime. (Sales dropped from 75 million cups a year to 45 million). The food in this, at the time ubiquitous, the cathedral of affordable and tasty foodstuffs, was also the best value available anywhere in the city. Mac and cheese, baked beans and a host of delicious pies, made fresh every day, using the best ingredients had armies of lovers. It lasted until 1991, when the value of their real estate out-stripped their potential to earn that much, from serving fresh, nutritious, inexpensive, food.

The other remarkable feature of the biggest restaurant chain of its time was the unique little system of windows, operated magically by pushing nickels into slots, behind which sat the tasty delights. You could run in at full tilt, grab your lunch and be gone before anything had a chance to cool off. Vending machines of this sophistication were unknown at that time and their use in such a utilitarian way suggested a future of ease and convenience that was otherwise unimaginable. This peeks into the future has proven to be remarkably prescient, as we enter an age in which cars may drive themselves and new robots that will cut your hair and do your taxes.

These new, up to date units, are equipped to make your life easier and your customers happier. 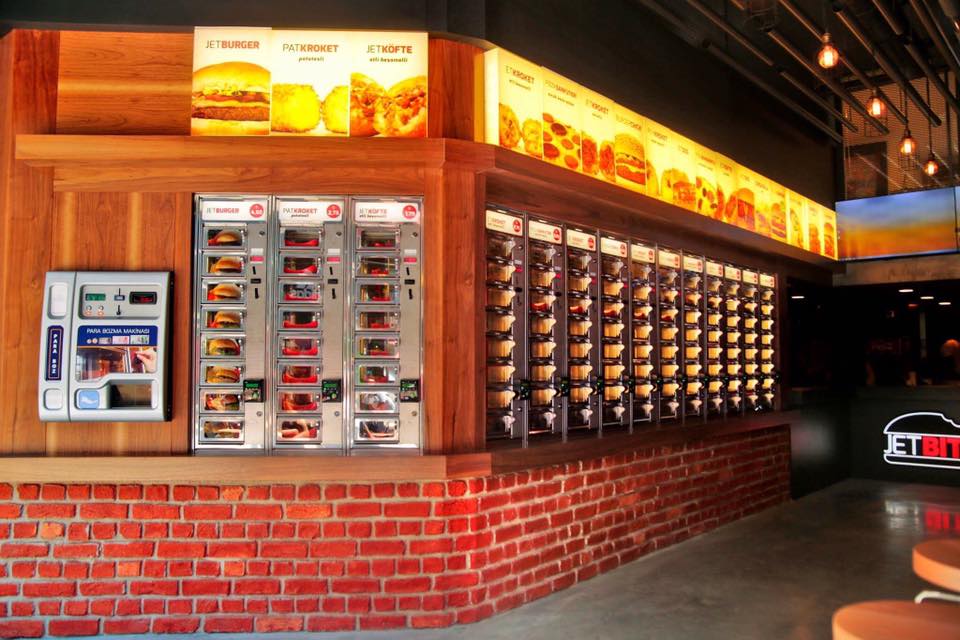