starring last year’s Tony Award winner Nathan Lane, will have an Automat as one of its key locales. While their Art Department decided to reproduce the endless wall of windows, they did avail themselves of our stockpile of Dolphin head spouts for delivering the best cup of coffee in the world for a nickel from 1902 to 1951. While the scenes take place in noir 1930’s L.A., this city was never actually blessed with an Automat. Since they were the largest “Fast Food” enterprise of their time, they realized, after excursions to Chicago, etc., that maintaining the quality and value they were accustomed to providing, required the giant commissaries and bakeries that they had in New York City and Philadelphia, along with close supervision of every aspect of their brainchild, so they settled for only 80 Automats and 140 “Less Work for Mother” retail shops. 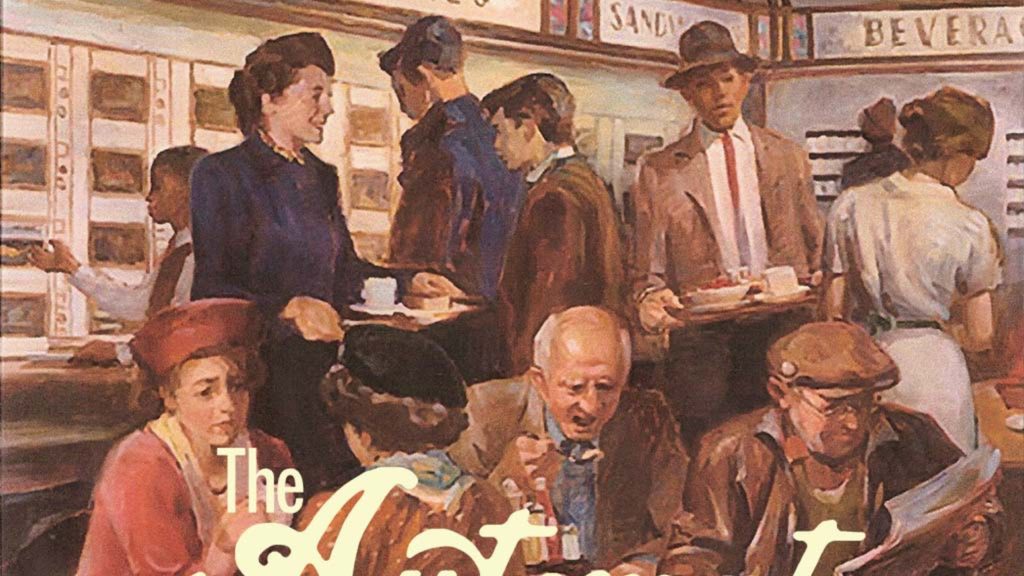