‘The Automat’ – a great read for those interested in convenience services, past, present, and future

“The Automat” explores the history of an iconic vending innovation and chronicles its impact on society during the decades of its existence, an engaging read for anyone who is serious about the convenience services industry. 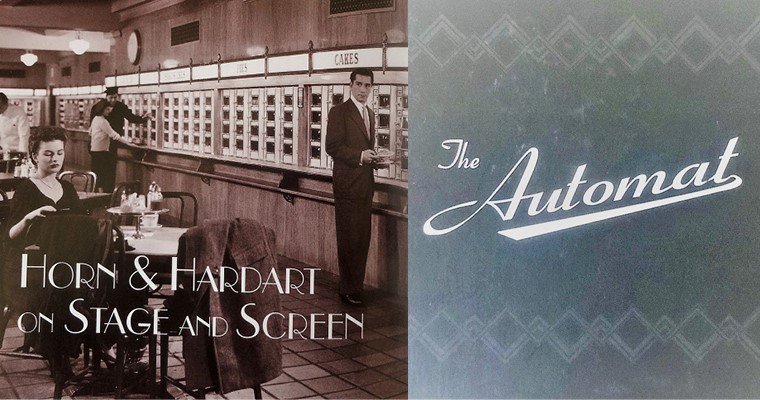 I’ll make a confession. I’ve been reporting on the convenience services industry for nearly three decades. But I hadn’t given much thought to the industry’s full heritage until I recently picked up a copy of “The Automat,” a book by Lorraine Diehl and Marianne Hardart, the great-granddaughter of Automat co-founder Frank Hardart.

The Horn & Hardart Automat was a chain of self-service restaurants in New York City and Philadelphia which — from the early 1900s to the early 1990s — allowed patrons to serve themselves ready-to-eat hot food using coins to unlock glass compartments that were refilled by servers behind a wall. It was one of the first businesses to popularize automation for the average U.S. consumer.

The book, which is available for purchase, explores the history of this vending innovation and chronicles its impact on society during the decades of its existence. It’s an engaging read for anyone who is serious about the convenience services industry.

Why it matters today

When I told my parents I was going to be writing for a vending trade publication in 1993, they reacted with joy, recollecting their college days when the Horn & Hardart Automat was a mainstay of their lives. It offered reliably good value meals in a homey environment patronized by people from all walks of life.

The last Horn & Hardart Automat restaurant closed in 1991, but recently there has been a revival of interest.

One reason is that a couple of well-heeled entrepreneurs have attempted to revive it with modern self-service technology: The Brooklyn Dumpling Shop in New York City and Automat Kitchen in Jersey City, New Jersey.

The bigger reason is that Automat’s history is repeating itself. The current push to self-service in many restaurants is taking commercial food service back to the Automat. Kiosk Marketplace, our sister website, has been reporting on the restaurant industry’s embrace of self-service, led by McDonald’s, for the past three years.

The pace is accelerating, as the pandemic has driven even casual dining restaurants such as Steak n Shake to self-service.

Steve Stollman, in his February blog, posited that today’s Automat reiterations could once again provide the convenience consumers are currently seeking and also meet their need for a sense of social belonging.

The story and the impact

What the book, “The Automat” reveals is not only the interesting story behind the innovation — the partnership between the founders came about in 1888 when 27-year-old Joe Horn placed an ad for a partner in a Philadelphia newspaper and got a response from 38-year-old Frank Hardart — but the impact it had on society for years to come.

And some impact it was.

The book is filled with pictures of Art Deco Automat restaurant interiors, celebrity visitors and original Automat recipes, as it chronicles the ways the Automat became ingrained in popular American culture.

Glass sculptor Nicola D’Ascenzo, who designed the windows for the Washington D.C. Folger Shakespeare Library and New York City’s St. John the Divine Cathedral, designed the windows for the first Manhattan Automat in Times Square, featuring a ceiling with colored carvings, a white marble floor with black circles and wood-framed mirrors on the walls.

In 1929, Ralph Bencker, another Art Deco architect, began designing Horn & Hardart restaurants, including one on West 181st Street in Manhattan featuring a skylight of art glass portraying replicas of the Chrysler and Empire State buildings.

Celebrity appearances at Automats made the newspapers in the 1930s and 1940s, including Jean Harlow, Gene Kelly, Betsy Blair, Veronica Lake and John D. Rockefeller, Jr.

Composer Irving Berlin celebrated the Automat in a song. Comedian Jack Benny launched his TV show with a party at the Automat. A 1932 Broadway show, “Face the Music,” featured the Automat’s wall of windows.

One of the best-known bits of memorabilia is American artist Edward Hopper’s 1927 painting of a woman at a table with a cup of coffee, titled “Automat.”

Then there was the “Horn and Hardart Children’s Hour,” which started as a radio variety show in 1927 before moving to television in 1948 in front of a live audience. By 1943, more than 100,000 children auditioned as singers, tap dancers, baton twirlers, and jugglers. Performers who went on to show business careers from the show included Frankie Avalon, Eddie Fisher, Bobby Rydell, Ann Sothern, and Madeline Kahn.

Why did it end?

The book’s authors contend that by the 1960s, consumers eating on the run were no longer interested in Automat’s traditional Salisbury steak, baked beans, and mashed potatoes, which required spacious kitchen commissaries.

The company also faced competition from the growth of high-rise office buildings with their own cafeterias.

On April 8, 1991, the Automat at 42nd Street and Third Avenue served its last meal in the last remaining restaurant.

What did we learn?

It’s important to keep in mind the lessons of Automat as we enter a new era in convenience dining. The Automat succeeded because it gave consumers what they wanted, and not just in terms of what they wanted to eat. Its then-contemporary Art Deco designs gave them a sense of comfort, and its focus on community-made everyone feel welcome.

It was a family-oriented company that valued its employees, sought their honest feedback, and listened to them.

Will today’s convenience services entrepreneurs do everything Automat did in its day and go a step further by staying ahead of changing consumer needs?

“The Automat” makes good reading for those interested in both the past and the future of convenience services. It also suits reception rooms and makes an excellent gift for industry colleagues.

The 128-page, hardcover book is available in its original form for $89 on Amazon, with used versions in good conditions available for less than $40.

For those who are committed to convenience services, the book is certainly worth the read.